Mark Cuban Invests in Ethereum Layer 2: What Does This Mean for the Future of Blockchain?

Tyler Markle May 20, 2021 Investments Comments Off on Mark Cuban Invests in Ethereum Layer 2: What Does This Mean for the Future of Blockchain? 38 Views

In a recent turn of events, Mark Cuban has decided to invest in ethereum layer 2 startup, polygon. This move is seen as bullish by many in the crypto community and could mean big things for the future of blockchain technology. Polygon is working on building a scalable solution for Ethereum that will allow for faster and more efficient transactions. We’ll have to wait and see how this develops, but it’s definitely an exciting time to be involved in the world of blockchain!

Who is Mark Cuban?

Mark Cuban is a business magnate, television personality, and investor. He is the owner of the NBA’s Dallas Mavericks, co-founder of AXS TV, and chairman of HDNet. Cuban is also a well-known angel investor and has made investments in companies like Slack, eShares, and Zynga. In recent years, he has become increasingly interested in the world of cryptocurrency and blockchain technology. Cuban’s investment in Polygon is just one more example of his growing involvement in this space.

What is Ethereum Layer 2?

Layer two solutions are being built on top of existing blockchain networks in order to improve their scalability. This is done by off-loading some of the transactions onto a separate layer that runs parallel to the main chain. Ethereum’s Layer two solution, Polygon, is one of the most popular projects in this space.

How I can invest in Layer 2?

If you’re interested in investing in layer two solutions, there are a few different ways to do so. One option is to invest in the native tokens of these protocols. For example, you could buy Polygon’s MATIC token. Another option is to invest in the companies that are building these solutions. Mark Cuban’s investment in Polygon is an example of this. You could also invest in the companies that are using these solutions to build their products. This is a more indirect way of investing, but it can still be effective.

No matter how you choose to invest, it’s important to do your research first. Layer two solutions are still fairly new and there is a lot of

What Does This Mean for the Future of Blockchain?

It’s still too early to say definitively what this move by Mark Cuban will mean for the future of blockchain. However, it’s definitely a positive sign that one of the world’s most successful investors is interested in this space. Only time will tell what the future holds for blockchain technology, but we’re certainly excited to see how things develop!

What is the difference between Layer 1 and Layer 2?

Tyler Markle is a cryptocurrency trader who has made a fortune in the digital currency market. He got his start in trading while attending college, and quickly developed a knack for it. Lucas has been able to turn his knowledge of trading into a very successful career, and he now spends his time helping others learn how to trade cryptocurrencies.
Previous VanCat: The Innovative NFT Marketplace Token
Next Stoner Cats: Mila Kunis Launches NFT Cartoon Series 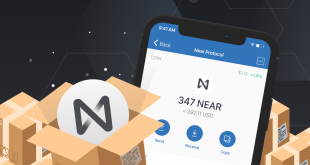