TikTok launches first creator-led NFT, TikTok Top Moments, a 6-piece collection to pay respects to the most significant contributors to the platform but to also reward them for generating millions of views.

Gary Vaynerchuk, Jess Marciante, Bella Poarch, FN Meka, Lil Nas X, Brittany Brosky, and Curtis Roach have been creating tons of viral TikTok videos, making an impact not only across the TikTok community but entertainment industry and culture in general.

The platform simply wanted to prove once more that their top creators are much appreciated. They are well aware of the fact that creators invest a lot of time into creating and publishing content that brings together, motivates, and inspires the general public.

Yet, the launch of TikTok’s first NFT collection is just an announcement of the further collections yet to be created. These collections actually should serve as a tool to empower more creators and reward them for creating trending content that will attract even more users. On the other hand, the users themselves will be able to own a piece of these culturally-important moments published on the short-form video platform.

As a matter of fact, TikTok is expected to reach a milestone of 1.5 billion users (currently, they are sitting at 1 billion) while jumping on the NFT bandwagon can undoubtedly take them there.

It was somehow logical for a social media with such a huge following to foray into blockchain since consumer interests in digital assets has increased significantly. Twitter was the first social media to release a collection of 140 free NFTs through Rarible and then they implemented NFTs as profile pictures. However, TikTok decided to take a step further and involve lucrative compensations to their top creators.

In order to create the collection, this video-focused social networking app partnered with a multi-hyphenate artist Grimes, COIN ARTIST, Michal Blau (a magician and programmer also known as x0r famous for his digital illusion pieces), and RTFKTStudios just to name a few. To promote the collection launch, TikTok decided to pay for a full-page ad published in the New York Times.

Now, about the NFTs this collection includes… Note that all of these are actually reinvented video content and, in this case, reinventing the wheel doesn’t have to be necessarily bad.

The first digital collectible to be launched on TikTok’s official drop site was supposed to be a video produced by digital artist Rudy Willingham. Willingham had already made a buzz-worthy video by using Lil Nas X’s Call Me By Your Name mega-hit. However, this time, the artist upped his game and created a stop-motion video consisting of 81 frames featuring various backgrounds that, according to the artist, reflect Lil’s personality.

Probably there’s no TikTok user that didn’t hear the quarantine anthem, “Bored in the House” by Curtis Roach that generated over 50 million views. Fast forward, the song was turned into an NFT and sold for a stunning 28 ETH. COIN ARTIST was to create an NFT inspired by exactly this song and it actually was her first drop inspired by music.

Jess Marciante’s most popular and most-stitched TikTok video was on how to live in your head rent-free. The official NFT was made in a collab with Gary Vee and x0r and was sold for 25 ETH.

Grimes (Claire Elise Boucher) partnered with her friend Bella Poarch and then with Brittany Broski (also known as Kombucha girl). This iconic duo, Grimes x Brittany, decided to proceed all of their earnings to charity.

Once all of these single-edition NFTs were dropped on the site, fans, NFT, and TikTok enthusiasts were able to mint (NFT language for “to buy”) and trade them, and show support and love to the creators – the pulse of the platform itself, and their independance.

The largest percentage of sales will go directly to, guess who, creators and artists involved. NFTs were launched on the marketplace, Immutable X (the very first carbon-neutral layer 2 scaling solution built on the Ethereum network that enables super-fast transactions and charges 0 gas fees).  Sales were even higher than Logan Paul’s Cryptozoo NFT, as well as ahead of the Dolce Gabbana NFT Collection.

It’s interesting that TikTok decided to launch the collection on Immutable X and separate it from their primary operation, social media. That means, NFTs can’t be bought or sold on their app but are available on marketplaces only (OpenSea included). Each video from the collection as well as the creation process were displayed for slightly over a month at the exhibition called Infinite Duets: Co-Creating on TikTok.

TikTok’s global head of marketing, Nick Tran, spoke about the platform and creator economy in one of his interviews, as the main reason behind the decision to start implementing more and more features. The team behind this social media app supports the ones creating user-generated content and keeping users on the platform to the fullest. By launching an NFT collection, TikTok wanted to, as always, start trends, shape the internet (and the future) but to also unlock even more opportunities for creators and themselves as a company.

Now that TikTok launches first creator-led NFT, we can only expect that rewards for creating content can only get more generous over time while we guess that the number of creators will multiply as well. Needless to say, TikTok, as a platform that is always seeking the new hot thing, and NFTs are, indeed, one of these hot things, while we believe that these guys will expand to metaverse over time.

Tyler Markle is a cryptocurrency trader who has made a fortune in the digital currency market. He got his start in trading while attending college, and quickly developed a knack for it. Lucas has been able to turn his knowledge of trading into a very successful career, and he now spends his time helping others learn how to trade cryptocurrencies.
Previous Bitcci Plans to Revolutionize the Adult Entertainment Industry Through Blockchain and Nfts
Next Investing in Cryptocurrency 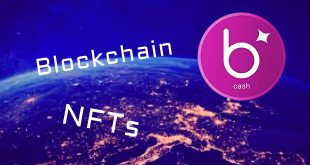 Bitcci plans to revolutionize the adult entertainment industry through blockchain and NFTs. Bitcci is a …