Palantir to Take Bitcoin as Payment, Mulls Betting on Cryptocurrencies

Tyler Markle May 2, 2021 Bitcoin Comments Off on Palantir to Take Bitcoin as Payment, Mulls Betting on Cryptocurrencies 293 Views

Palantir, a data analytics company, has announced that it will start accepting bitcoin payments. In addition, the company is reportedly considering investing in various cryptocurrencies. Palantir’s decision to accept bitcoin comes as a bit of a surprise, as the cryptocurrency has been plagued by volatility and security issues in recent months. Nevertheless, Palantir CEO Alex Karp believes that bitcoin and other cryptocurrencies will play a major role in the future of online payments.

What do we know about Palantir?

Palantir was founded in 2004 by a group of Stanford computer science graduates. The company specialises in data analysis and has worked with various government agencies, including the FBI, CIA, and NSA. Palantir’s software is used to track down terrorists, catching child predators, and more. In other words, it’s no stranger to high-stakes situations.

So why would Palantir start accepting bitcoin?

According to Karp, it’s all about the potential of cryptocurrencies. He believes that bitcoin and other digital currencies will eventually replace traditional fiat currencies like the US dollar. palantir is also mulling over the idea of investing in various cryptocurrencies. This would be a major shift for the company, which has thus far been largely uninvolved in the cryptocurrency space.

Palantir’s decision to take bitcoin as payment and explore cryptocurrency investments is a sign that the company is open to new technologies and willing to take risks. This could pay off handsomely if cryptocurrencies continue to gain traction, but it could also backfire if the market takes a turn for the worse. Only time will tell what palantir’s next move will be.

Other top companies that accept bitcoin

As the world of finance continues to evolve, it’s exciting to see a company like Palantir take such a forward-thinking approach on a par with Everbowl adopts Bitcoin as well. With so much uncertainty surrounding cryptocurrencies, it’s hard to predict where the market will go next and rate the current state of the cryptocurrency market. But one thing is for sure: Palantir’s decision to take bitcoin as payment is a big step in the right direction.

Microsoft, Dell, and Overstock.com are just a few of the top companies that accept Bitcoin as payment.

How has the adoption of bitcoin affected Palantir’s share price?

So far, Palantir’s share price has remained relatively stable despite the volatile nature of the cryptocurrency market. However, it remains to be seen how investors will react to the news in the long run. Only time will tell.

Tyler Markle is a cryptocurrency trader who has made a fortune in the digital currency market. He got his start in trading while attending college, and quickly developed a knack for it. Lucas has been able to turn his knowledge of trading into a very successful career, and he now spends his time helping others learn how to trade cryptocurrencies.
Previous Get a Piece of Nobel Prize-Winning Science with These Unique Bids
Next Microsoft is Shutting Down Its Azure Blockchain Service: What This Means for You 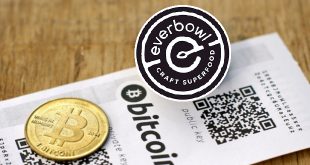